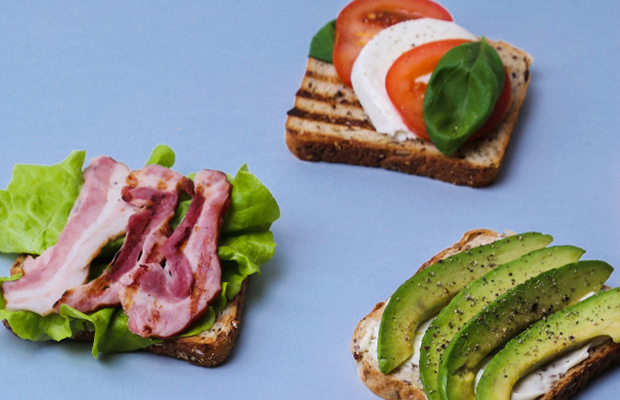 One of the top 10 most searched diets in 2019, Keto was also one of the most discussed diets of the year. We saw cafè’s adding bullet-proof coffee to their menus and restaurants and shops dishing up low-carb options. We learned that the possibilities with cauliflower are endless!

But even with all the great press keto has been receiving, here at WH we don’t always trust the hype. Which is why we chatted to registered dietician and Association for Dietetics in South Africa (ADSA) spokesperson Maryke Gallagher to find out all the details around the diet — like what you can eat, is it healthy and, after all that cheese, can you actually lose weight?

Okay, so what exactly is the keto diet?

Short for the ketogenic diet, this diet is all about eating meals that are low in carbohydrates and high in fat. This causes the body to use ketones as an energy source instead of glucose. “When no glucose is available, the body starts breaking down stored fat for energy, which releases ketones to generate energy. This metabolic process is called ketosis,” says Gallagher.

READ MORE: What Is Speed Keto? Everything To Know About The Buzzy Keto-Plus-Intermittent Fasting Plan

The interesting thing the keto diet is that it was never meant to be about weight loss. In medicine, ketogenic diets were used to control epilepsy. That’s because both ketones and another chemical produced by the diet, called beta-hydroxybutyrate, may help minimise seizures. It became popular in the Seventies when it formed part of the introduction phase of the Atkins diet.

What foods can you eat on a keto diet?

Just because you’re not eating carbs doesn’t necessarily mean you’ll go hungry. The diet is filled with fats like butter, heavy cream and cheese, and lean proteins such as fish and chicken, along with leafy greens and low-carb veg.

What food should be avoided?

Since you’d be going easy on the carbs, no pasta allowed, soz. That also means no grains, higher carb veg like potatoes and butternut, no legumes and pulses or fruit and certain dairy products. Oh, and no surgery drinks and food either (FYI: that includes certain wines).

Does the ketogenic diet have any side effects?

If you’re following the diet, you can expect to experience a few unpleasant side effects in the first few days. “[These can] include fatigue, constipation, bad breath, nausea, vomiting, headaches and dizziness,” says Gallagher. She warns that following the diet long-term can increase the risk of kidney stones, vitamin and mineral deficiencies (depending on the foods included in the diet) and the build-up of fat in the liver.

READ MORE: What’s The Difference Between Keto And Atkins — And Which One Is Better?

“Research in young healthy adults transitioning from a lower- to moderate-fat diet to a high-fat diet showed an unfavourable change in the healthy bacteria in the gut (digestive system). Maintaining this balance of good bacteria is important for maintaining a healthy immune system, digestive health and the prevention of other disease conditions, ” she explains.

So if you have existing kidney disease, pancreatitis, or you’re a diabetic using insulin or certain diabetic medications, have heart disease or an eating disorder, it’s best to avoid a keto diet. Gallagher also advises pregnant or breastfeeding mothers to steer clear of keto.

But does the keto diet actually help with weight loss?

Yes, it does, and for various reasons. Most people who follow a ketogenic diet restrict calories unintentionally, explains Gallagher. Given that it’s a very restrictive diet and forces you to cut out foods that are high in calories (and unhealthy) such as highly processed fast foods and sugary foods and drinks, you’re more likely to eat less. Fewer calories consumed means more weight loss, which in turn has metabolic benefits that will assist in further weight loss if you’re following the diet correctly. Gallagher adds that within the first 24 to 48 hours of a keto diet, you also lose water weight, which can add to the ‘results’ of the diet.

READ MORE: 10 Healthy Low-Carb Nuts You Can Eat On The Keto Diet, According To Nutritionists

But don’t be fooled in thinking keto is some miracle fat burner — it’s not. According to Gallagher, any diet or dietary pattern that leads to a lower calorie intake will assist in weight loss. And even if your body does enter ketosis, that alone doesn’t guarantee weight loss as you can still overeat during this time. The diet is also not something you can, or should, do for a long period of time, and maintaining your weight loss after keto can be difficult (oh hi rebound weight gain).

What about the benefits?

While there are keto lovers out there who swear the diet has done wonders for their body, science doesn’t seem to back up those claims. When it comes to the benefits of a keto diet, most of the solid evidence is in favour of using it to treat epilepsy. One study conducted by Johns Hopkins Medicine, for example, followed epileptic patients on the keto diet and found that 36% of them had a 50% reduction in seizures after three months on the diet, and 16% were seizure-free.

READ MORE: 11 Reasons Why You’re Not Losing Weight On The Keto Diet

There is some evidence to suggest that it may improve the body’s ability to use insulin and help control appetite, but there are many other diets that have similar effects. So, for now, the keto diet requires more study before experts can conclude that it’s beneficial.

Now for the most important question: is the keto diet healthy?

The bottom line? The keto diet is not easy to follow, nor is it necessarily healthy — especially over a long period of time. Weighing up pros and cons, it seems the diet isn’t something that could be maintained or be considered healthy for most people. So, if you did want to try the diet, it would be best to consult your doctor and a dietician to see if it’s suitable for you.

READ MORE: Here’s What You Need To Know About Working Out On The Keto Diet

If it’s fat loss you’re after, Gallagher advises the following, ” We are all unique and there is no diet that is suitable for everyone all of the time for weight loss. We should be focusing on dietary patterns and changes in our current dietary practices that suit our individual needs and that can be sustained over time.”

“There are many dietary patterns that have been linked to health,” says Gallagher. “They are generally made up of whole foods, mostly from plants such as vegetables, fruit, legumes and pulses, whole grains, nuts, seeds and plant oils; contain moderate amounts of protein-rich foods; and limit highly processed starchy foods, sugars, sugary foods and salt,” she concludes.