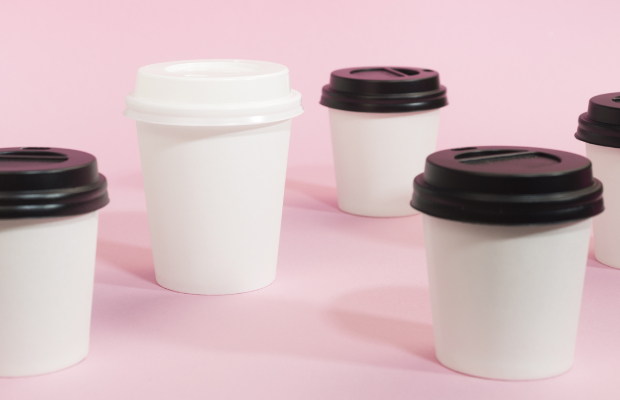 When you’re on a diet, mostly everything you eat and drink gets a makeover. You might switch to low-sodium soups, lean protein, whole-grain versions of your favourite refined carbs, and low-sugar snacks. Fruits and veggies get a pass, but that’s about it.

Except, blessedly, your morning cup of joe. As long as you’re not pouring in tons of creamer, sugar, and sweetened flavourings, most diets allow you to keep your coffee —  and it even gets to be your favourite brand or variety — no diet versions or “light” substitutions required.

But even though coffee tends to be labelled as a good diet drink, there seems to be a lot of confusion about whether it can actually help lead to weight loss. Even scientific research goes back and forth on the Big Question of, can drinking it actually help you drop the kilos or not?

“Preliminary research suggests there may be a connection between coffee intake and weight loss [but] I wouldn’t recommend increasing your coffee or caffeine intake based on this — or starting a caffeine habit if you don’t already have one,” says Amy Gorin, a plant-forward registered dietitian nutritionist in the New York City area.

READ MORE: This Is Exactly How Much Coffee Is Safe To Drink While You’re Pregnant

But if you’re an existing coffee drinker who is trying to lose weight, wouldn’t it be nice to know that your daily habit is helping you with your goal? Here’s the scoop on exactly how and where coffee fits into a healthy lifestyle.

How does coffee impact weight loss in general?

There’s not a clear yes or no on whether coffee helps or hurts weight loss — or affects it at all. There have been studies supporting the idea that drinking coffee stimulates weight loss, but not enough of ’em to make it a commonly agreed upon scientific fact. Plus, some recent studies have suggested there are negative effects of drinking coffee, which may or may not cancel out the positive effects. Here’s what some recent studies say.

So what does this mixed bag of studies mean for your health? Basically, if you like to drink coffee, feel free to drink a reasonable amount of it. There’s no conclusive evidence to support coffee for — or against — weight loss. So if your coffee habit suits you, go for it. Just don’t hang your weight-loss goals on your caffeine intake, because no one knows for sure whether there’s a connection.

How much coffee is okay? “I would suggest drinking the amount of coffee that you want to — assuming that it falls at or below 400 milligrams of caffeine daily,” says Gorin. “So that amount can be zero cups or up to five cups of certain types of coffee, [remembering that] other sources of caffeine, such as green tea, count toward that daily intake.”

Wait, I’ve heard of something called the Coffee Diet. What is that?

The Coffee Diet originated with Dr Bob Arnot, an internist who wrote a book called The Coffee Lover’s Diet: Change Your Coffee, Change Your Life (published in 2017). In it, he explains why he thinks coffee is basically a health food as long as you choose the right kind and balance out your coffee consumption with healthy, whole foods.

Dr Arnot recommends dieters drink at least three cups of black coffee a day, claiming health benefits like mood improvement, higher energy levels, a faster metabolism, and — of course — weight loss. He says that certain types of coffee (like light roast, not dark roast) and the overall quality of your beans (including where they were sourced) are more likely to have a better impact on your health.

As far as whether or not the Coffee Diet works, it’s a little tricky to figure out if the coffee itself is to thank for weight-loss results, or if one of the other elements involved with the diet, like reducing caloric intake to 1,500 calories a day and eating cleaner, less processed foods, is the cause. Plus, the amount of calories consumed on the coffee diet may lead you to shed kilos initially but have trouble keeping the weight off long-term.

READ MORE: Here’s What Happens To Your Body When You Drink Coffee

Finally, although the Coffee Diet doesn’t tell you to drink excessive amounts of caffeine per day, it wouldn’t be too hard to accidentally overdo it and wind up with heart palpitations, headaches, or trouble sleeping. “It can be dangerous to consume caffeine in large amounts, and I would suggest taking in no more than 400 milligrams of caffeine per day,” advises Gorin, who explains that’s equal to about three to five cups of regular coffee.

What about coffee supplements? Are those healthy?

Hate the taste of coffee? (What’s wrong with you?! Kidding, kidding.) You’re not necessarily out of luck when it comes to cashing in on the potential fat-busting power of coffee thanks to something called green coffee bean extract.

A supplement available in a powder, pill or capsule, or liquid, the extract is derived from unroasted coffee beans — which allegedly maintain higher levels of chlorogenic acids, a.k.a. the antioxidant stuff in coffee typically associated with its major health benefits, than roasted beans. Green coffee bean extract is often touted as a so-called natural weight-loss supplement, which should raise flags for anyone trying to lose weight the good ol’ fashioned way (because, sorry to say, there really is no such thing as a miracle drug for weight loss!).

Gorin says there’s preliminary research connecting green coffee bean extract to weight loss (like this study), but there needs to be waaaay more before any responsible nutrition expert would start giving these supps their seal of approval. And whether they actually work or not, you still have to be *very* careful when considering whether or not to take them. Because they’re made from coffee beans, they do contain caffeine and will contribute to your daily intake, making it easy for you to consume way too much caffeine if you forget to add it all up.

There are also the usual concerns about supplements, which aren’t regulated by the FDA, and don’t necessarily need to do or contain what their labels claim. Gorin says that if you want to try one of these supplements, check that they should conduct third-party verification testing from an organization like NSF International and make sure they’re not listed on the US Federal Trade Commission’s website for fraud or contamination. But honestly, you’re better off avoiding these until there’s more research to back them up for weight loss.

What if I can’t have caffeine — does decaf coffee do any good for health or weight loss?

FYI, even decaf coffee contains a little bit of caffeine, so if you’re not allowed to have any caffeine at all, you should avoid decaf and regular coffee. But if you’re simply on a low-caffeine diet, the amount of caffeine in decaf (about six milligrams per 1 tsp serving, says Gorin) probably won’t hurt you…though it may not help you with your weight-loss goals much, either.

“There have been studies done on caffeine, coffee, and green tea that all tie back to weight loss,” says Gorin, “so it would appear that the benefits come from caffeinated coffee, but we can’t say that for sure yet.”

It’s possible that some of the antioxidant benefits of coffee — whether caffeinated or not — could help with weight loss. It’s also possible that drinking decaf coffee could have the same appetite-suppressing effects, meaning you may consume less calories overall. There aren’t really any studies looking at the effects of decaf coffee, specifically, on weight loss, so it’s still unclear what role it plays in the coffee/weight loss landscape.

The bottom line: Plain black coffee may be beneficial if you’re trying to lose weight, but it’s just unclear at this point — so it’s not worth adding to your diet if you don’t enjoy it. Either way, limit your caffeine intake to only 400 milligrams per day.