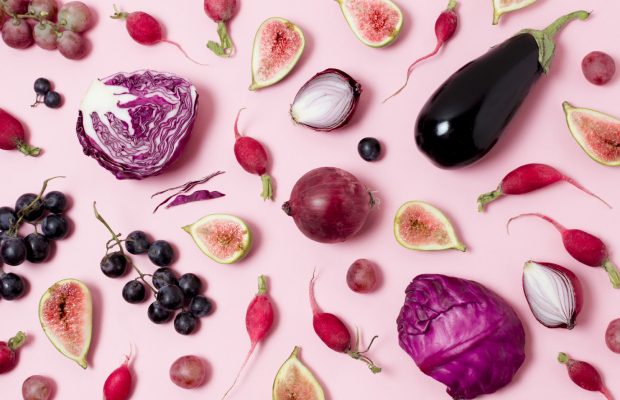 People have plenty of complaints about the keto diet, including the fact that it’s super heavy on meats. But there’s a slight variation on keto that’s more friendly to lovers of plant-based foods. It’s called the ketotarian diet, and it’s a plant-based version of the keto diet.

Just to recap: The keto diet is an eating plan that focuses on having foods that are high in fat and moderate in protein, and limiting your carb intake. When you follow a keto diet, your body moves into a state known as ketosis, which is when your body doesn’t have enough carbs for your cells to use for energy. At that point, your body starts making ketones, organic compounds that it uses in place of carbohydrates. At the same time, your body also starts burning fat for energy.

The ketotarian diet attempts to do the same thing, but with a vegetarian slant. The ketotarian diet was coined by Will Cole, a functional medicine expert. He wrote a book called Ketotarian: The (Mostly) Plant-Based Plan to Burn Fat, Boost Your Energy, Crush Your Cravings, and Calm Inflammation that laid out the new eating plan. However, many people create their own variation of a plant-based keto that may not necessarily be based on this book.

As a whole, the ketotarian diet is really similar to the keto diet — just without meat. Under the ketotarian diet, followers get their fat and protein from sources like eggs, ghee, and fish (if they’re open to it) to try to keep their bodies in ketosis.

But a ketotarian diet is clearly different from a regular keto diet, and there’s a lot to unpack here. Everything you need to know about going ketotarian, ahead.

What can you eat on a ketotarian diet?

The ketotarian diet takes most of the animal fats you’d have on the keto diet and swaps them out for plant-based fats. Think: avocados, olives, and nuts. You can still have those foods on the regular keto diet, but the ketotarian diet places a heavier emphasis on them.

READ MORE: What Is Speed Keto? Everything To Know About The Buzzy Keto-Plus-Intermittent Fasting Plan

Not all plant-based food is considered good on the ketotarian diet, though. In the book, Cole recommends opting for organic foods and limiting how much you have of non-fermented soy products like tofu.

Can you really still hit the right keto macros on the ketotarian diet?

Like regular keto, the ketotarian diet aims to have the same breakdown of macronutrients. While everyone’s needs are slightly different, that typically ends up breaking down your macronutrients like this:

That usually means eating no more than 50 grams of carbs a day, but some strict keto dieters even opt for just 20 grams a day. It’s tricky to get enough plant-based protein on a ketotarian diet, says Scott Keatley, of Keatley Medical Nutrition Therapy. “That’s why the diet allows for eggs, ghee, fish, and shellfish,” he says.

Of course, not all plant-based foods are high in protein and fat. In general, these are the ones you want to load up on:

Are there any downsides to the ketotarian diet?

This is a tough diet to follow, says Samantha Cassetty, a nutrition and wellness expert and contributor to the book Sugar Shock. “Your food choices are so severely limited,” she says.

Being a ketotarian requires a lot of planning and cooking, too, Cassetty says. “Takeout and restaurant options are very limited,” she notes. “This might make it feel like a chore to start and maintain the ketotarian diet.”

READ MORE: What’s The Difference Between Keto And Atkins — And Which One Is Better?

Restrictive diets like this can also “take a toll on your emotional well-being and make you feel defeated when, actually it’s not you — it’s the extreme set of food rules you’re trying to follow,” Cassetty points out. And, she adds, people who are prone to disordered eating are “very vulnerable” on an eating plan like the ketotarian diet.

Cassetty is also concerned about fish being the only allowable animal protein source, citing mercury poisoning as a risk. “If you’re attempting the ketotarian diet, it’s important to vary your seafood consumption,” she says.

Can the ketotarian diet help you lose weight?

Many people swear by the keto diet’s ability to help followers lose weight, and Keatley says you can also lose weight on the ketotarian diet. “Most weight loss on this diet will occur due to calorie restriction, as it can be hard to meet your energy needs with such lean proteins and limited carbohydrates,” he says.

READ MORE: 11 Reasons Why You’re Not Losing Weight On The Keto Diet

Still, he warns against losing too much weight. “Too much weight loss, too fast is not healthy as you may be losing lean muscle which is very hard to replace as we age,” he says. And while it’s likely you’ll lose weight on a ketotarian diet, Cassetty says it’s also likely that you’ll regain it when you stop following the eating plan.

Is ketotarian healthier than regular keto?

Like regular keto, experts don’t exactly recommend this diet. “I would not engage with this diet beyond 12 weeks, as there is limited research on the long-term effects of a ketogenic diet,” Keatley says.

Cassetty also notes that other plant-focused diets can be great for overall health and weight loss, and other methods include more complex carbohydrates than ketotarian. “The best evidence I’ve seen is for other dietary approaches that include carbohydrates,” she says, pointing to the Mediterranean diet, which is plant-focused and includes carb-rich foods, like whole grains, beans, legumes, and fruit.

If you stack up the ketotarian diet against regular keto, though, Cassetty says it’s healthier to be a ketotarian. “Both versions of keto eliminate or drastically reduce plant foods, which isn’t a good game plan for long-term healthy living,” she says. “But if you’re choosing between the two versions, I’d say the ketotarian diet is healthier for you.”

The bottom line: Experts don’t really recommend following a ketotarian diet long term, and they would recommend other plant-based diets (with more complex carbs) over it. If you really want to give it a go, try it out for just a short time and continue or stop based on how your feel.