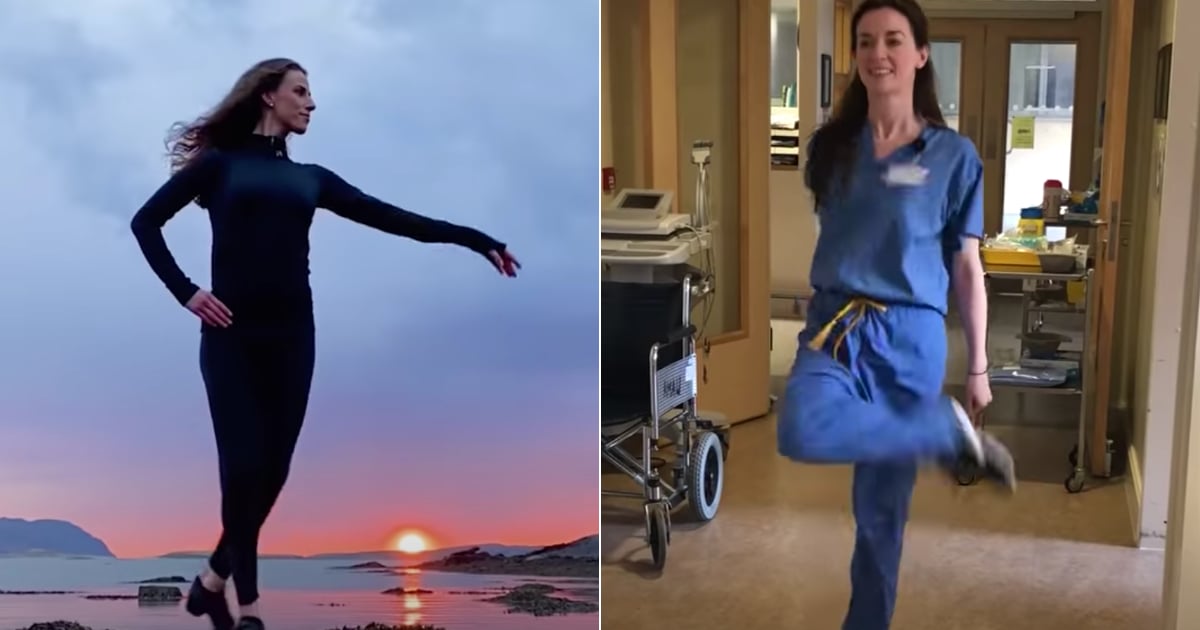 The Irish dancing show-slash-phenomenon Riverdance has been going strong since the mid-90s, but as with so many other things, its productions have come to a halt during the coronavirus pandemic. The show’s performers are scattered around the world from Ireland to Australia to Granada, Spain, but they came together for a virtual collaboration that’s leaving YouTube viewers emotional, and we can see why.

Set to a poignant bagpipe rendition of “Caoineadh Cu Chulainn (Lament)” from Riverdance‘s soundtrack, the video features dancers performing the show’s signature jigs, high kicks, and leaps through deserted Dublin streets, in backyards in the US, in front of cliffside castles in Spain, and on rooftops in London. Every dancer brings their own flare, but the most touching part of the video comes from the performers who are also healthcare workers, and who “swapped their dancing shoes for scrubs,” according to the video description. We see them dancing the same steps not on stage or at home but in the halls of hospitals. The video is bookended by poignant poetry excerpts and it ends with an Irish proverb that resonates now more than ever: “Under the shelter of each other, people survive.” Watch the captivating video for yourself above.