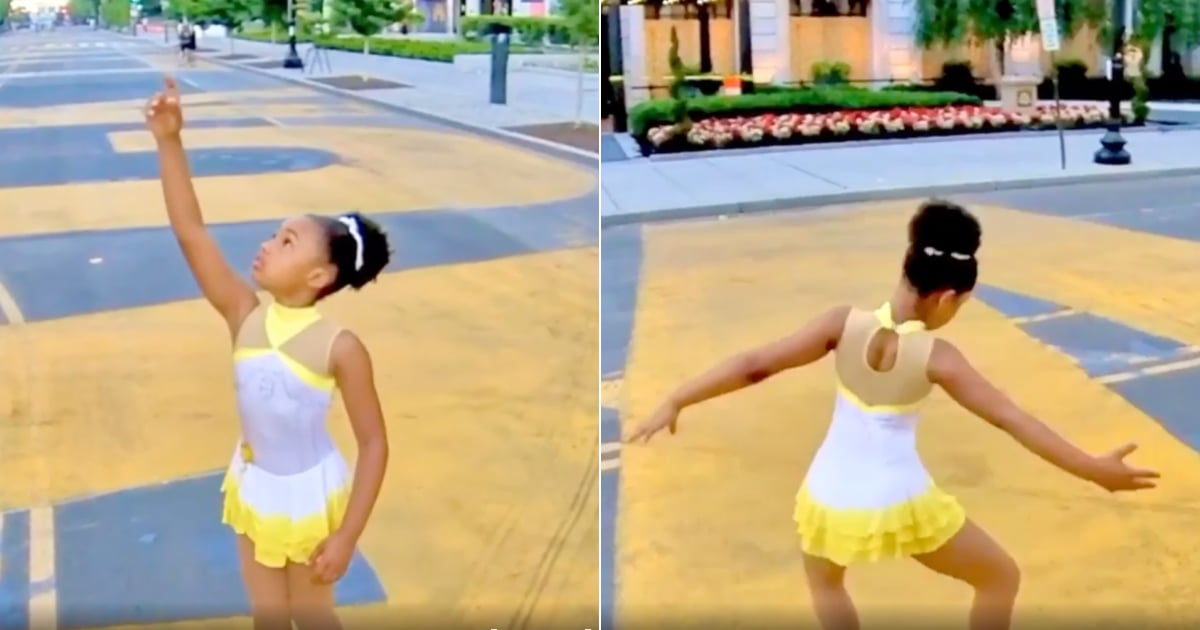 Earlier this month, 9-year-old Kaitlyn Saunders and her parents went down to Black Lives Matter Plaza in Washington DC while the streets were still empty to record a beautiful skating routine. It was dawn and Saunders, a figure skater with Diversify Ice, strapped on her roller blades to perform her own choreography. Her song of choice? Andra Day’s “Rise Up.”

The result was pure magic. Saunders, known as @the.skate.kid on Instagram, glides around a location that has been the site of protests near the White House in recent weeks, jumping and twirling on her skates with ease. She ends kneeling on the ground that reads “Black Lives Matter” in big yellow-blocked letters.

Saunders’s mother, Katrice, told POPSUGAR that Saunders has been figure skating since October 2017. She chose “Rise Up” because of its inspiring message, and the video went viral when it was first posted, garnering thousands of likes on Instagram and more than 2.5 million views on Facebook. The comments have been flooded with positive responses telling Saunders that her routine gives people hope, Katrice said.

Joel Savary, Saunders’s coach and the founder of Diversify Ice, said on NBC Washington, “This is the mission of our Diversify Ice, to bring diversity to figure skating so more Black and brown skaters can actually have the opportunity to do things incredible like she is.”

Saunders also told the outlet, “I think it’s amazing how people can change the world by doing such little things like making a skating routine, and I also think it’s amazing that I can skate on such a historic place.” POPSUGAR has been given permission to use the powerful video — watch the tribute above, and rise up right along with her.