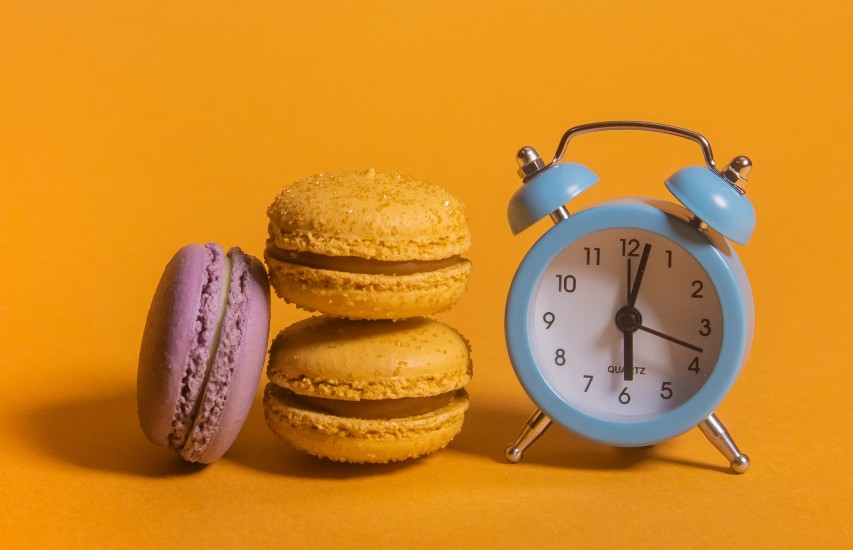 Many people worry about gaining weight if they eat later than a certain time. But does it matter when you eat? Is this time really more important than what you eat?

There’s been a ridiculous amount of research into whether you’ll gain weight if you eat (dinner) after 8pm. The results of the studies are not always consistent. In one study, there was no association between eating late and being overweight, while other researchers found that those who ate after 8 p.m. consumed more calories than previous eaters. Those extra kilojoules can actually lead to weight gain. In general, you do not seem to gain extra weight if you eat late at night, but then you should eat a healthy and varied diet during the day.

READ MORE: Can Acupuncture Really Help You Lose Weight? We Asked The Experts

Don’t be blinded by the times. In reality, what you eat is much more important than when you eat. In addition, the problem is that late eaters often tend to eat more, and less healthily. Regardless of the timing, eating more kilojoules will automatically lead to weight gain. So eating in the evening can only lead to weight gain if you eat a surplus of ‘joules.

Furthermore, eating late can affect certain food choices. Late at night, you are more likely to choose unhealthy foods. These foods often contain little nutritional value, such as chips, soda and ice cream. This is partly due to emotional eating and fatigue. In either case, you crave less healthy, high-kilojoule foods .

READ MORE: 12 Reasons You’re Not Losing Weight While Doing Intermittent Fasting, According To An RD

While the total number of calories you eat ultimately affects your weight, research shows that there are ways to regulate your appetite through meal timing and frequency.

Several studies indicate that eating a high-kilojoule breakfast can keep you feeling full for longer and potentially prevent overeating in the evening. In one study, people who ate a 2510kJ breakfast had less appetite and significantly less hunger throughout the day than people who ate half the kilojoules for breakfast. In particular, the appetite for sweets was reduced.

Also, eating several small meals can help control your appetite and reduce hunger pangs throughout the day. So experiment with the timing and size of your meals. If you still feel like a late night snack, it is best to go for these foods.

This article was first published on womenshealthmag.com/nl

If You Experience Lower-Back Pain From Sitting, Here Are 8 Ways to Find Relief
Here’s the best way to use a health savings account, which offers a triple-tax advantage
CDC officials sound alarm for gay and bisexual men as monkeypox spreads in community
Monkeypox is a dangerous disease threat — but has one key difference from Covid, epidemic coalition says
11 Best New Running Shoes That’ll Inspire Your Next PB